Cut Out Complaints. The Do Not Complain Jallenge.

Do not complain one single time within the next 24 hours. #NoComplaints

Why and how to challenge yourself:

“I love how you pointed out how incredibly hot it is, and how you really cannot stand your boss. That is absolutely amazing! You are so cool!” Said no one ever.

Let’s face it: Nobody likes complaints. They suck. Yes, quite often the reasons why people are complaining do suck, too. But according to scientific research(1) about 83% of all complaints are only made to get attention. Imagine that!

And, even if there is a legitimate reason to complain: Does it help anyone to manifest those negative thoughts in your mind and bringing everyone else’s mood down by pointing them out? We don’t think so.

So let’s face it: Complaints don’t help anyone. In fact, they rather depress everyone around you a little bit more, as one by one they all realize how shit life is.

It is not! Life is absolutely awesome! Awesome enough that we were all only given one single one! Imagine in your whole life you would only be allowed to eat one single milk chocolate bar. How incredibly unique would that taste? And how unbelievably would you crave another one, just because of the fact that you cannot get another one?

See? That’s how sensational life is. We all only have one of it.

Be honest: Wouldn’t Monday mornings be fantastic, when everyone arrived at work with a big smile on their face, complimented you on your good looks and the latest Armani aftershave fragrance whiffed through the air? Monday mornings would be marvelous, wouldn’t they? (You do look fabulous, by the way.)

So, let’s give it a try: Do not complain at all for as little as 24 hours. Instead, point out the positives wherever you can. You will see: Everyone around you will suddenly even more realize what an amazing person you are, and what a wonderful world we all live in.

Exception: Should at any one stage it seem entirely impossible to avoid complaining, you can. However, immediately after you must state a possible solution to the depicted nuisance.

(1) I admit. I entirely arbitrarily made this figure up. But it does sound fairly convincing, doesn’t it? (I also admit I never ever used the word “arbitrarily” before in my entire life. Hence I have no idea if this makes sense to a native English speaker or not. But I hope you get what I mean. If not – send a message. But don’t complain!) 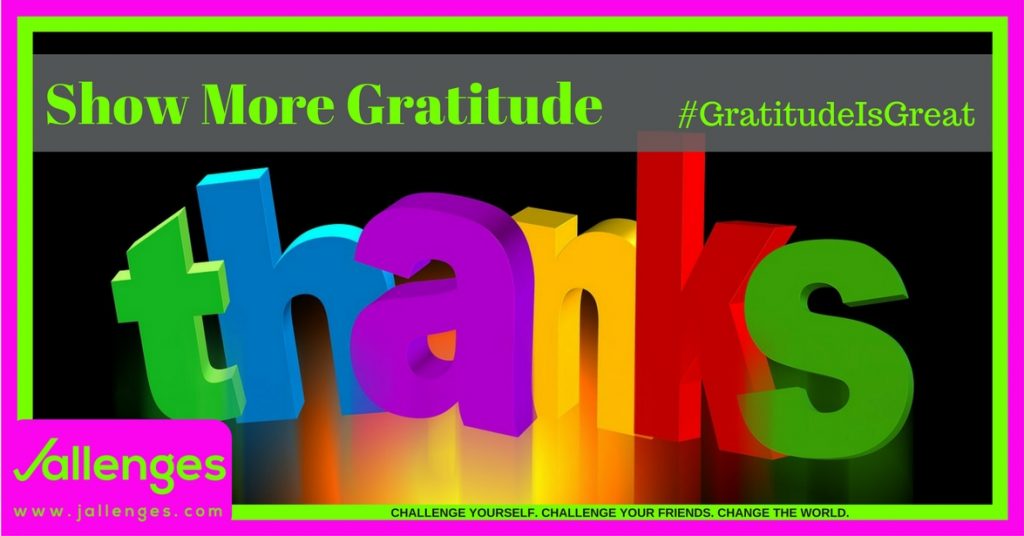 June 1, 2016
The Jallenger
Challenge Yourself
Happiness
No Comments
In Short: Show more gratitude whenever appropriate for one full week. #GratitudeIsGreat The Show More Gratitude Jallenge: So you succeeded in the Random Act of Kindness Jallenge. You stopped the car…
Read More 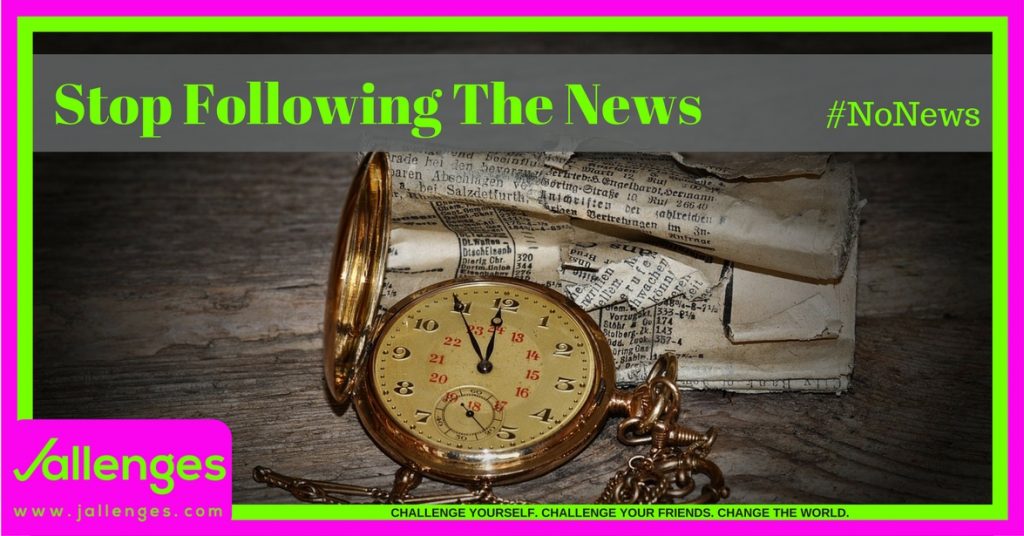 Stop Following The News. No News Are Good News.

August 3, 2017
The Jallenger
Save Time
Happiness, Productivity
No Comments
In Short: Save tons of time: Stop following the news for one week. Correct: No news at all. #NoNews What’s In It For You: Generally, news are an incredible waste…
Read More 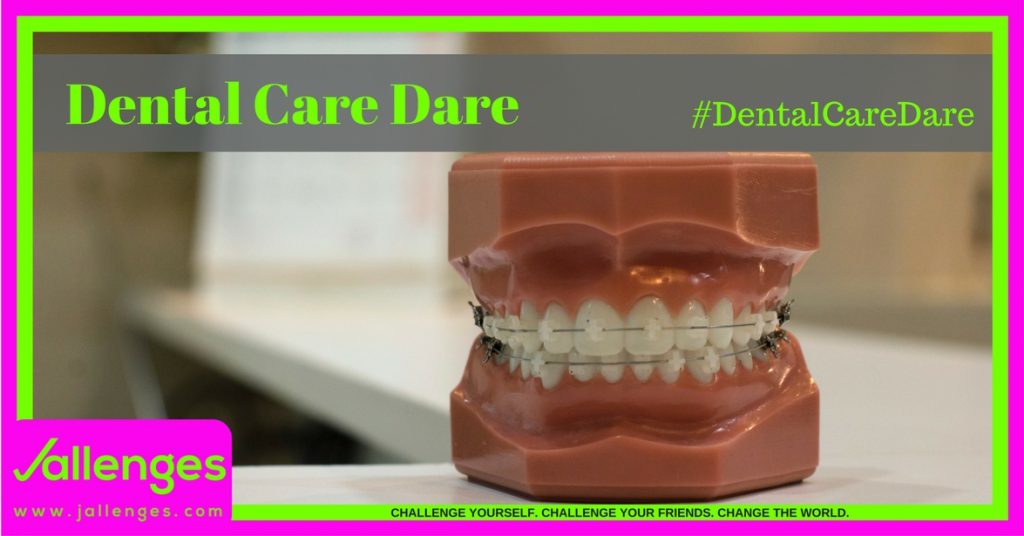 August 9, 2017
The Jallenger
Challenge Yourself
Fun, Happiness
No Comments
In Short: Brush your teeth with your weak hand twice daily for a week. Dental Care has never been this fun. #DentalCareDare What’s In It For You: Brushing your teeth…
Read More

This site uses Akismet to reduce spam. Learn how your comment data is processed.